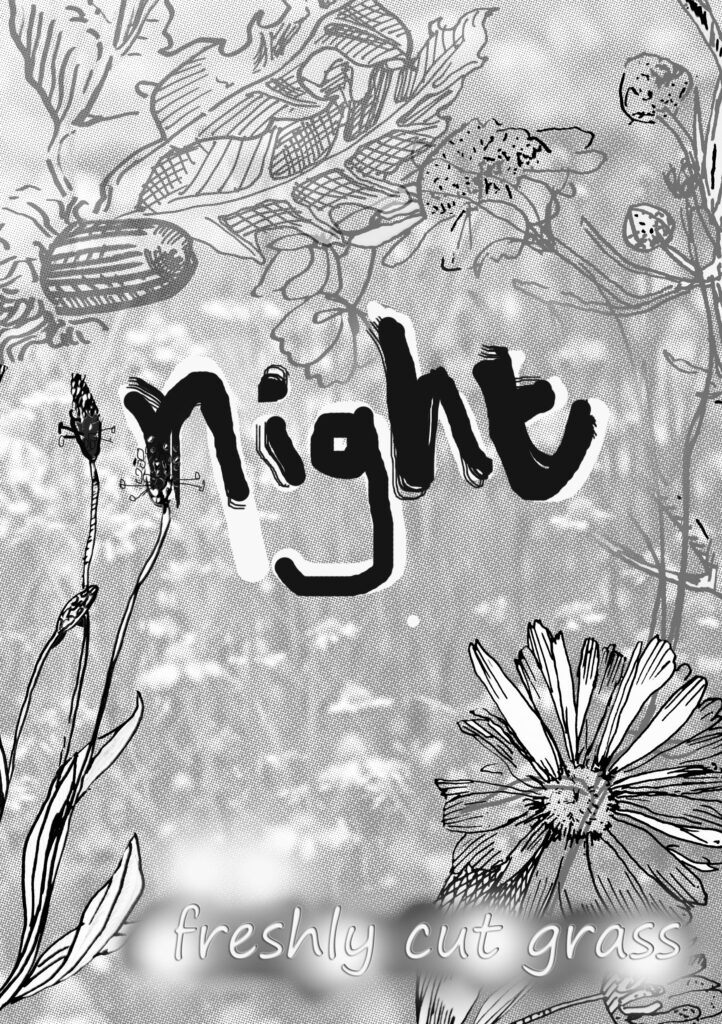 Since 2018, Frances Disley has been commissioned by Rule of Threes, to produce a body of work for our programme Human Libraries, beginning with RRR a performance/workout, and video installation. During the pandemic, as part of our programme of “commoning care”, we invited Fran to produce her first digital commission Freshly Cut Grass — a series of relaxation resources designed to make meditation more accessible, understandable and relatable. Audio-guided journeys were distributed to Human Libraries along with bespoke packs containing a printed guide, scents, and tea bags to make the calming experience fully sensory.

Can you tell us a bit about where your relationship with Human Libraries all started?

FD: I was interested in making work that actually had the potential to make people feel better or had some kind of active benefit in people’s lives. I was drawn to how libraries already fulfil that function. I had been interested in delving into ideas around wellbeing and the wellbeing industry, and how some parts of it felt as though they could be useful, but appeared exclusive — which is where my first project with the Human Libraries began. I was looking at the idea of shared learning, and finding out a bit more about guided visualisations and aromatherapy. I led a series of sessions called R&R where I collaborated with library users to test out stories and scents to develop our own versions of guided meditations and unique scents.

As part of the series, I developed a kind of workout installation in collaboration with dance and yoga specialist Maria Malone, and chefs Foodsketz. We created a weekly session, which was kind of live painting and full of shapes created by movement and props. This was partly a response to a thought I’d had whilst attending a Zumba class in my own municipal sports centre where I’d imagined making an artwork that actually gave me the same great feeling as that session and combined the aesthetic of a painting as well.

So for me the opportunity to be really experimental with an already established community has been radical. It’s felt as though I’ve been invited to bring my work along to an audience and group of collaborators, instead of hoping they will come to me.

What is your favourite thing about working in a library setting, as opposed to a gallery?

FD: I love the fact that the library and the relationship to the public already exists and there isn’t the onus on the artist, that there usually is in a gallery. You go to a gallery to experience an artwork by an artist and it’s that direct. I love the idea that the public already has a confident relationship with a library; they know what it is, they know what it does and I like the fact that I am a visitor to that — like I am entering somebody else’s world and I think that is really exciting. It feels more like a collaboration because there is already that community and relationship. And the fact that there is already that infrastructure as well is amazing.

We talk alot about a ‘slow’ approach to art — what do you like about this approach to making and how do you think it benefits artists?

FD: Slowness allows artworks to become richer, and more purposeful by giving the time and space for things to grow out of interactions and observations over time. For me, I usually have some kind of starting point but I always leave lots of room for ideas to brew and for things to come from interactions with people and places. The value shifts as well — it feels as though if time is offered to grow a work it’s an acknowledgment that the work has some kind of value beyond a momentary showing. I think that the nature of the art world in recent times has had a focus on newness and fleeting fashion, which puts artists under toxic pressure and when an artwork has been rushed through to make a moment of climax it is often then disregarded as not new anymore and I think this can be really harmful to the potential growth of a practice and self esteem of an artist.

This was your first experience of making a digital project – how did you find it and how did it help you develop your practice?

FD: It feels nice to make something that can be a bit timeless and sit online for people to access when they want to, without being conscious about a launch. It feels nice to acknowledge that making an online work shouldn’t be a dead end and should offer some kind of interaction. It’s also nice to see how it can sit alongside other works at the same time and become part of a community of works without the physical restrictions of a space. There’s also the potential to reach a broader spectrum of the local community in Bootle and Crosby, and for them to access something that’s intended to be seen as it is online instead of some information about something that took place to live, which not everyone could access. It’s good to be able to produce something that can potentially have a legacy.

What is your favourite thing about Rule of Threes approach to working with organisations, artists and communities?

FD: I genuinely feel that Rule of Threes is only interested in supporting works that artists really want to make and develop. Its approach is responsive — constantly listening, observing and supporting work that can affect real change. By situating itself within the community it sheds itself of many unnecessary elements that lots of arts institutions maintain, instead of focusing on what will actually be interesting and useful to its immediate audience and participants.

“The first night, I listened to the first two journeys and obviously went to sleep, and I do wake up in the night, that is one of my main problems, but then when I woke up at 4 o’clock, I put it on again and I went back to sleep again! So for me this is wonderful, it’s just fantastic, it’s working for me definitely. It’s the voice, it’s the CD, it’s very calming and very imaginative as well, so you sort of put yourself into the position and you block everything else out – so thank you!”

“To find out about the Human Libraries for me has been brilliant, and I have been saying to myself “why have I not known about this before” I am absolutely gutted, because I have enjoyed it so much. I am very grateful to have the opportunity.”

Experience Freshly Cut Grass for yourself or read more about Human Libraries.